I’ve wanted to write an essay with this title for a long time. Since my 20th high school reunion, in fact. 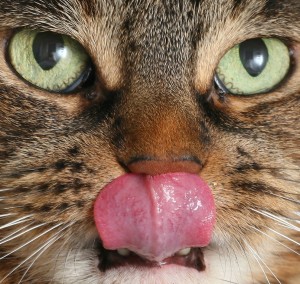 I wasn’t going to go, but I impulsively turned in my registration in a wave of nostalgia and curiosity.

I was fortunate to have a group of girlfriends who made high school bearable, and even fun a good deal of the time. They folded me into a warm embrace of belonging,  unknowingly keeping me standing when  my home life knocked me down. Being in the group insulated me from bullies most of the time and helped me avoid the many pitfalls of teenage life, from skipping school (okay, so Lisa and I snuck out one afternoon…) to drugs and alcohol. We got good grades, played sports, led a variety of clubs, and played in band. The extent of our hooliganism consisted of scamming our teachers for hall passes, pulling sodas out of the soda machine with a yardstick, and tricking our band teacher into letting us out early so we could be first in the lunch line. We had sleepovers, went roller skating, cruised around the square of the nearest big town hoping for something nameless but wonderful to happen. As we took photos on graduation day, arms around each other, I knew for certain that we never would be together again like that. And we never were.

Fast forward twenty years. I wanted to see the girls who saved my life by giving me a safe place to rest, to see how their lives unfolded and tell them how much they meant to me back then.

I was single at the time, so I asked my oldest friend to go with me. He grew up in the town down the road and understood the culture of small rural towns. I couldn’t quite shake my sense of trepidation about going, and reasoned that he could help me escape if it really sucked.

And wow, did it suck. I’ve heard lots of people talk about how fun their reunions were, and how the old dividing lines of cliques and social status fell away with the wisdom and perspective of time. Not so with my reunion. The mean girl was still mean to me, the unpopular guys still hung out on the fringes, and everyone sat at tables in their old groups just like the lunchroom.

At the time, I was in a phase of high adventure. After my divorce, I’d started my own company, was traveling whenever I could, often by myself, going rock climbing, backpacking, and mountain biking with a passion around the country, and dating many different sorts of people. I was boldly seeking out new experiences, enjoying my life as a self-employed single woman tripping around the world.

What I wasn’t, was married with kids. I quickly found that I was an object of pity at my table. When I described my life, I wasn’t met with the approval I was used to finding in the circles I traveled. One of my high school friends bluntly asked, “Don’t you think you’re really missing something in your life, not having a family?” as if a spouse and kids were the only meaningful family I could have.  They suggested that I should reconsider my friend as a date each time he left the table to get a beer or go the bathroom, treating my singleness like something caught in my teeth, an embarrassment to be brought to my attention and fixed.

I wanted to yell, “It just doesn’t work like that for everyone, dammit!”  I wanted to challenge, “And what have you missed out on, still living here and not seeing the world?”  Instead, I quietly explained myself, laughed off their fix-up attempts, and finally found refuge talking to a classmate’s spouse who lived in Colorado, had no kids, and had a lot more in common with me.

The last straw was when a woman gently patted my arm, as you would pat the arm of someone at a funeral, and said, “Well, at least you have a cat.”  I found my friend and walked out into the night, disappointed and shocked. I felt better with each mile we put between us and that awful dinner.

After I had time to reflect, I came to believe that no one meant me harm or was intentionally being judgmental or insulting (except the mean girl, who was still mean). I think we were all just doing our best to bridge wide cultural and social differences, and we couldn’t reach far enough.

There is so much pressure in this culture – and many cultures around the world – to pair off, get married, and have children as the common way to live a “normal” and “successful” life. Well, it just doesn’t happen for everyone, and more importantly, not everyone even wants it.  All kinds of circumstances can keep you from living the stereotypical pattern:  your spouse doesn’t want kids, you’re infertile, you never met the right person, you met who you thought was the right person and they developed a drug habit, you happen to love someone of the same gender and don’t even get to marry, you have a baby but not a spouse. Or, you just wanted a different kind of life than the one they (parents, society, church, whoever) laid out for you like a ready-made suit.

We all have our own trajectory to follow.  Mine now includes having a husband and stepdaughter – it just took me some time to find them, and I don’t regret the adventures I’ve had along the way.  They made me who I am, and are part of what drew my husband to me.

Unless someone is being controlled, harmed or abused – in which case we should interfere strongly and often – we could all have a little less judgment about people living life in completely different ways than we choose for ourselves. I have friends who are queer and straight, monogamous and polyamorous, child-rich and child-free, city dwellers and farmers, bankers and activists, fashionistas and dedicants of simplicity, Christian and atheist, young and old, and many more flavors than I can list. Each person in my life helps me shift the kaleidoscope from my own myopic point of view.

What a dull world it would be without our differences, and I am grateful for them, even when they make me squirm.

Want to join the discussion?
Feel free to contribute!

SurrenderWhat do you do? Scroll to top